“Of all the graphs that play major roles in the lexicon of quantitative communication … the pie chart is by far the least effective. Its colourful voice is often heard, but rarely understood. It mumbles when it talks.”

Stephen Few’s explanation is the best I’ve seen as to why pie charts don’t work in the manner in which they are most often used – comparing multiple categories. Download it here, complete with illustrated examples. 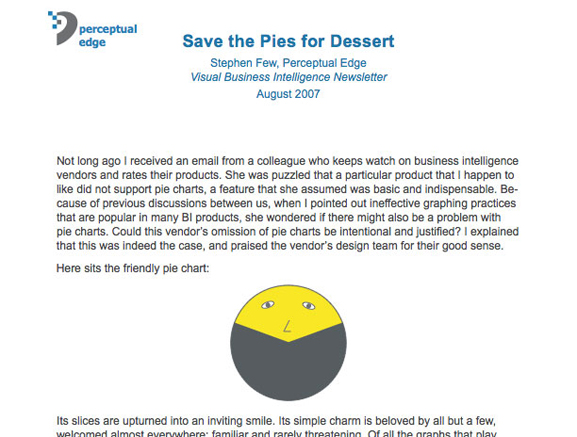 Tags: agree, chart, pie, save the pies for dessert, stephen few
← Mapping domain codes, or not
Know your coffees →