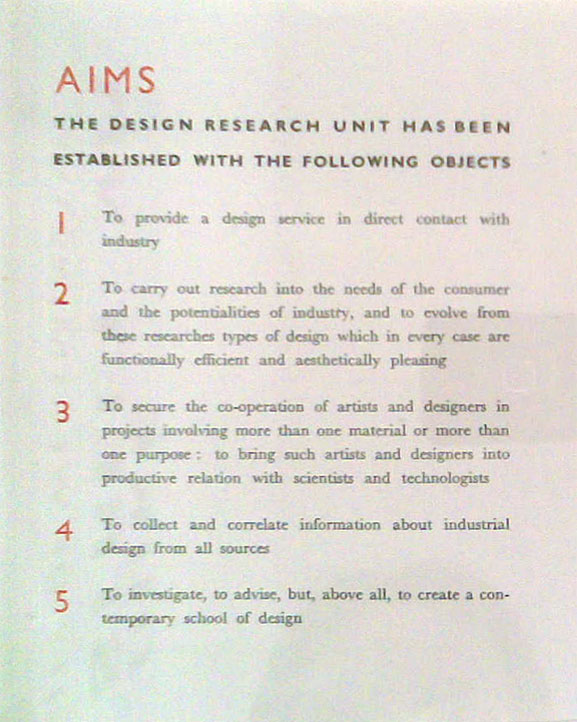 DRU doesn’t exist any more but it is an organisation I have always held in high esteem. But until now I’d never really questioned why. I think it’s because of its name which is functional and direct and that the word ‘research’ appeals to the practical, scientist, design-as-a-tool-to-help side of me.

But to be honest I’d be hard pushed to name any of their work. I was going to volunteer our motorway signage system and the names Jock Kinneir and Margaret Calvert, but now I look into it this work came after Kinneir had left DRU and set up on his own.

So obviously an exhibition about DRU was what I needed to fill in few gaps in my knowledge. I was surprised by the variety of their clients and number of corporate identity schemes. I had presumed their work would have been more industrial and more along the lines of signage systems. But what was apparent was that they applied the same rigorous approach regardless of client, an approach that exactly matches the impression I had originally got of them from their name, an approach that is summed up in their original aims as listed in the image above from 1945.

I don’t think they’d be out of place if they set up today with those aims. Maybe it’s time for a DRU2?