And one more great moment… 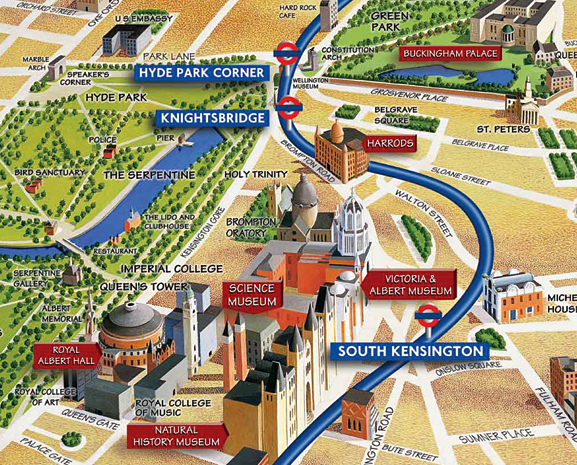 The 'Above ground' Piccadilly line poster was created in 1996 by the in-house design team at LondonTown.com, known then as Globalvision, art directed by Steven Potter, designer Stuart Cannon. The underlying map of London landmarks was a giant oil painting (8ft x 3ft in size) which was photographed before digitally applying the tube network. It was commissioned by London Underground and designed specifically to sit in the recess by the door of the then new trains.

Further to Eye magazine’s Winter 2010 issue featuring a series of ‘great moments in information design’ I’ve contributed this map as a piece of work I’ve long admired. Read why on Eye’s blog.

(Other contenders on my short list were Ordnance Survey’s 1:25,000 maps, crystallographic point groups, materials selection charts, the yellow pages, paris/barcelona metro’s direction-of-travel light bulbs. I’ve already written about the latter. I dare say the others will put in appearance on this blog at a not-too-distant point in the future.)