Recently I was asked to talk about visual journalism at the #visualDEN event hosted at the FT (more on that, it was great, in a separate post soon). However what this gave me was the opportunity to sum up these ‘lessons’ which now gives me the opportunity to share them here using tweets of what the audience heard me saying, thankfully the same as the points I was wanting to communicate. I’ve expanded on some of them inbetween.

These points should be inherent to the simplest chart and most complex interactive says @lulupinney #visualDEN pic.twitter.com/MHSSH5MYmI

Taking those three points in turn:

Defining what you want to say is vital because it’s the point of reference for everything else that follows for everyone involved, though getting to that definition can be a long journey in itself. Inherent in this is knowing your audience, as well as the platform you’re working on and resources available.

By suitable content I mean that there are some things visuals do better than words and if you know what they are you’ll recognise the kind of content that’s worth visualising. Quality comes into play because this is still journalism, and the same standards apply to the content even if it is being served up visually.

Competent use of design tools seems obvious, but as equally obvious to me from the work being produced left, right and centre with no design consideration whatsoever is that (1) design is the first thing that’s dropped in face of limited resources and (2) the end product suffers as a result. A blog post on the value of design will follow soon to pick up on this. Sensitive use of the tools in a designer’s toolbox can support the journalism: at its best design is invisible, silently guiding the reader to and through the story.

But why bother to use pictures to tell stories in the first place?
Here I make an assumption: rather than just talking at our audience about the thing we want to communicate we’d rather they remember, even understand, it. Using visuals over and above just text can do this, as can the addition of interactivity. It’s a concept summed up here:

I used the example of Nigel Holmes’ Wordless diagrams to demonstrate that a purely visual piece of work can be more memorable and better aid understanding than a block of text.

Visuals can show something when words often just tell you. It's not just about decorating stories #visualDEN 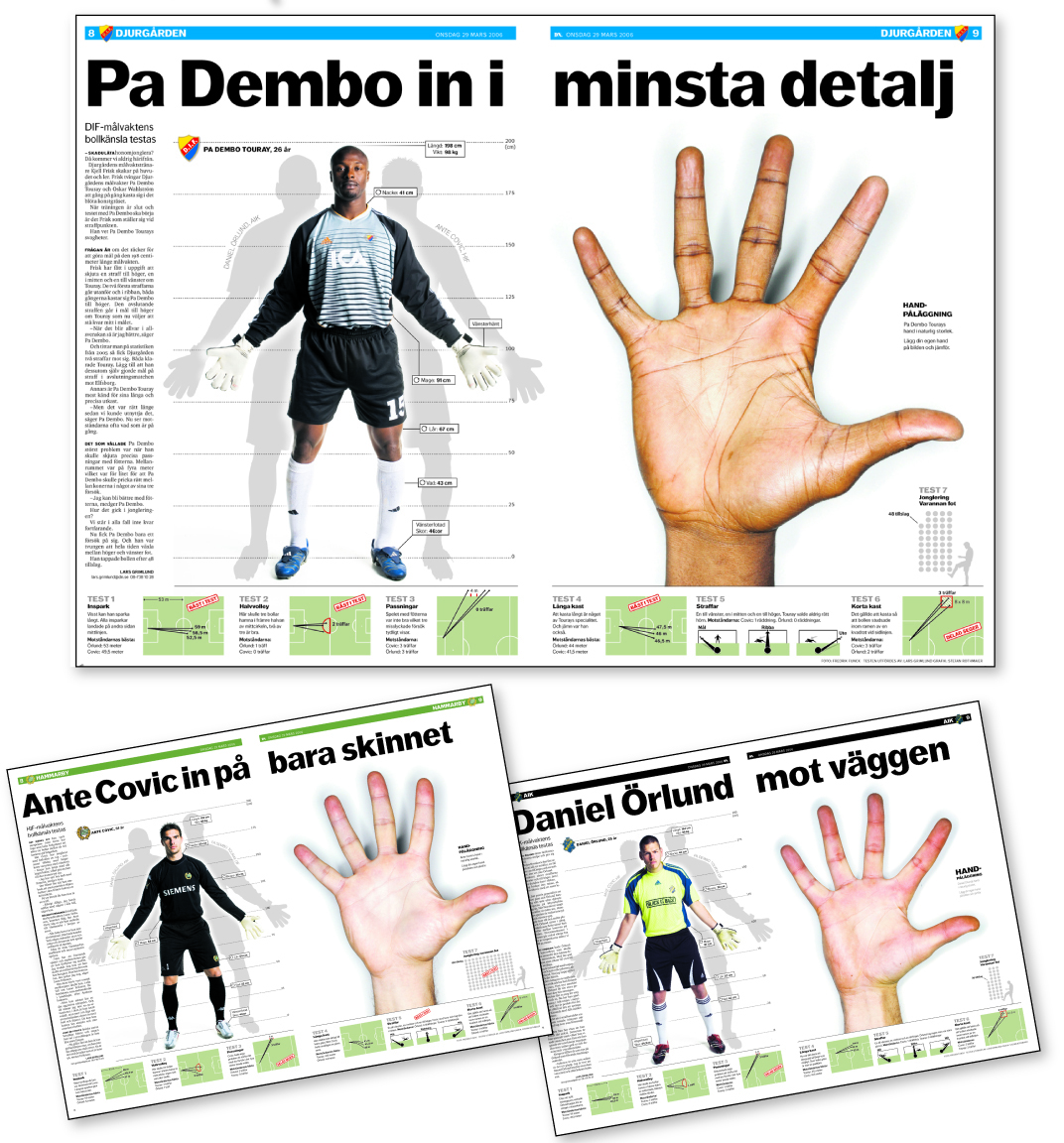 It’s simple, built on the fact someone recognised one of the things visuals do better than words is show physical detail and make comparisons. With a World Cup coming up (in 2006) they wanted to do a feature on goalkeepers so did a physical profile of each one with the added twist that the hands are printed actual size so each individual reader could hold their hand up against it. Personal, and interactive. 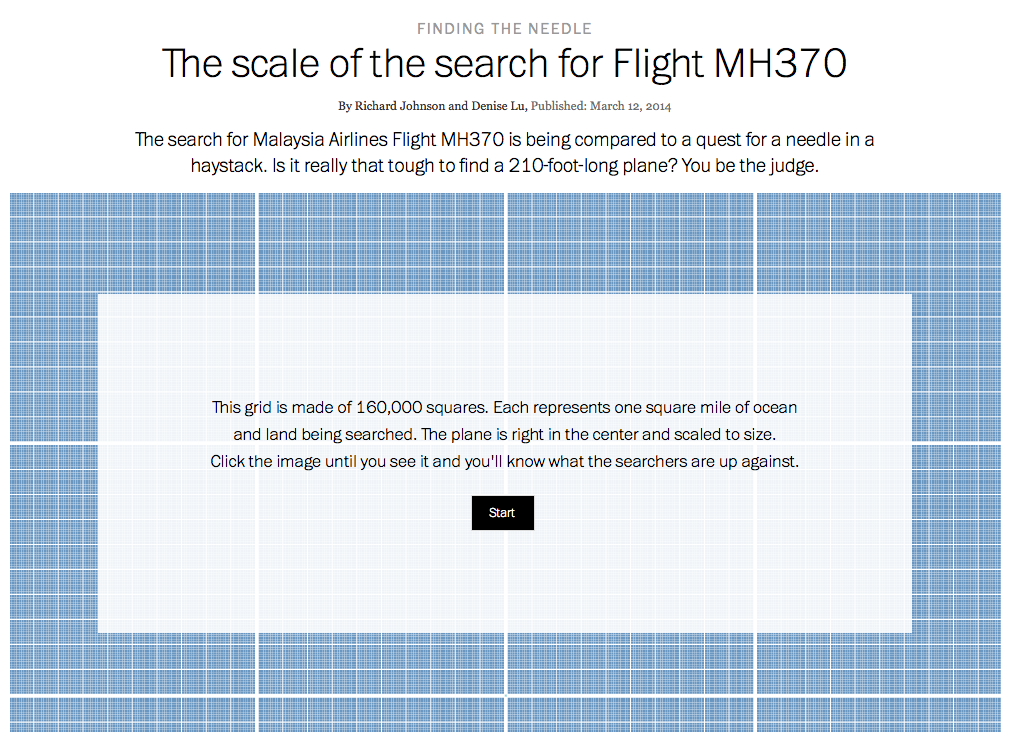 This was done for a recent news story that had had masses of map-based coverage already (from a visual point of view). When the search shifted from the South China Sea to the Indian Ocean it was hard to get a grip on the scale of the problem, so with an interactive solution this piece of visual journalism lets the reader get a sense of that scale, making it much more real in the process. It’s a well thought out piece of work playing to strengths of internet.

This last one is a piece of video, again out of the archive but it perfectly illustrates the point I made earlier that knowing your story informs the rest of the process, but it can take a while to thrash that out in the first place.

It started with a complex data set, a model of every pitch this guy threw in one season and the thought was to make a data visualisation of the rich data set so readers could explore it to figure out what made him the best. But then they realised the market for this was pretty niche, why not widen the appeal, make a linear piece – still using the data visualisations – but leading people through the evidence that explains why he was so good. Interactive exploratory data vis out, linear video in.

Don't set out to create a video or interactive, set out to tell the story. Form follows function advice from @lulupinney #visualDEN

Challenges and Opp. = responsive design, social media that leads somewhere or is shareable – having a team with good skillsets #visualDEN

Other people sang the same tune here, so all I’d add – since it’s my blog and I’m a designer – is that good design is part of the solution for all those issues.

There was also a fourth opportunity that no-one picked up on: non-numbers content. Data visualisations can be great but there’s lots more besides that can be effectively visualised: relationships, processes, explanations, physical detail.

And lastly, have a go!

#visualDEN Pinney: build up a library of visualisations for inspiration.

And lots of the material and themes I talked about are referred to on the reference page on this blog.